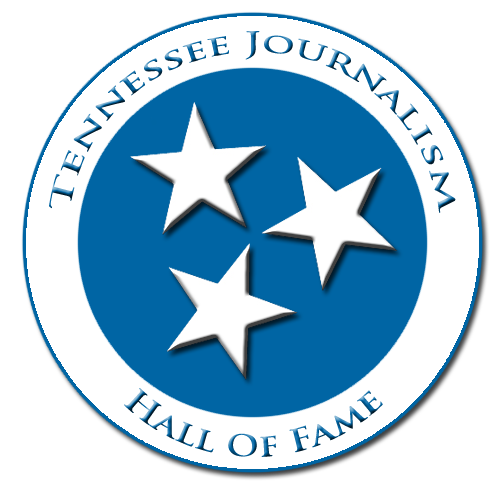 A group of past and present media executives and practitioners announced Friday the creation of a Tennessee Journalism Hall of Fame that will be housed in the new Center for Innovation in Media at MTSU's College of Mass Communication.

Murfreesboro Mayor Tommy Bragg, son of the late state Rep. John Bragg, for whom of the college building is named, touted the creation of the hall at a time when the media landscape continues to transform rapidly.

"I think it's a great opportunity, No. 1, to look back, but No. 2, to look to the future," said Bragg, whose family once owned several community newspapers in Tennessee. "MTSU is the perfect place for this to be because of the broad-based support of MTSU alumni ... and because of this wonderful mass comm building here."

The effort is led by a nonprofit independent foundation, which plans to recognize career excellence in "all facets of media, including newspapering, television, radio, electronic and public relations," said Dan Whittle, a columnist for The Murfreesboro Post and the Cannon Courier in Woodbury.

Mass Communication Dean Roy Moore said the first class of inductees to the new hall will be announced in April 2013 as part of the college's annual academic awards ceremonies.

"Tennessee has a rich heritage of producing so many outstanding nationally and internationally known journalists," Moore said. "We are extremely pleased to have the unique opportunity to host the foundation's hall of fame in the Bragg Mass Communication Building."

Along with Whittle, the foundation leading the effort includes:

The foundation's board includes business leaders and media executives from across the Middle Tennessee region.

Fryar said formation of the hall has been at least a three-year process after Penuel and Whittle approached him with the concept. It has since gained support of media organizations such as the Tennessee Association of Broadcasters and the Tennessee Press Association.

"This is truly an organization that will represent the entire state," Fryar said.

Penuel said the hall will be "all-inclusive," honoring excellence by individuals, living or deceased, from all aspects of communication. A separate effort, founded in 1966 by the Tennessee Press Association that is housed at the University of Tennessee-Knoxville, honors only newspaper executives who have been dead for at least five years.

MTSU President Sidney A. McPhee said the hall will serve as an inspiration to MTSU's media students.

"As a center for media innovation, it is very appropriate that we will showcase the legacies of those in Tennessee media who personify excellence in their fields," McPhee said.

TPA President Michael Williams of The Paris-Post Intelligencer, who attended Friday's event, said the new hall is a welcome addition because of its broader eligibility across the media landscape.

"We wish every success to this new endeavor and pledge our support to it," he said. "We welcome its opportunity to honor great Tennesseans who've excelled in all aspects of journalism."

TPA's Board of Directors will meet on Friday, Nov. 2, at MTSU, and attendees will be treated to a tour of the Center for Innovation in Media.

Murfreesboro restaurateur Peter Demos, representing the Rutherford County Chamber of Commerce as chamber board chairman, touted the hall's location at MTSU as a potential tourist draw as well as another opportunity to showcase the university.

"This is a very unique opportunity for this community," he said. "It's going to be a really excellent addition to everything we do in Rutherford County."